S A L T is a very loose fellowship of Christians who take seriously issues of war and peace, social and economic justice, violence in all its forms, human rights, poverty, environmental sustainability, and racism as moral questions related to Christian spiritual practice. 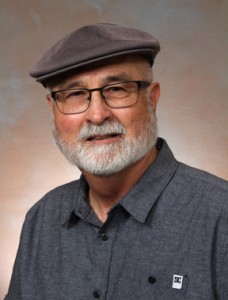 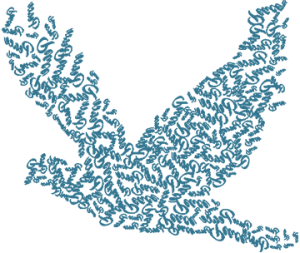 Campaign for Nonviolence
A project of Pace e Bene
paceebene.org

“S A L T” is an acrostic rather than an acronym:

SALT seeks peace, within and without, in every situation, in every circumstance, and in every relation. SALT therefore supports an end to the insanity of the nuclear arms race, and unrestrained military expansion in the face of national and global hunger, homelessness, and disease. SALT believes that all prisoners should be treated humanely and that torture is never justified. Recognizing that unfairness and injustice, in addition to inequities in the economic and legal system can become a kind of violence themselves. SALT advocates for economic justice for the poor. To that end, SALT advocates for the justice of a sustainable minimum wage for all workers.

We must have a minimum wage that assures the basic necessities of life including equal pay for women for equal work. SALT believes that Christians should be involved in the battle to end human trafficking and that a reform of the criminal code that is not based on race or income. SALT advocates for the strict regulation of “Wall Street” and an end to the unlimited funds corporations provide candidates who favor the wealthy at the expense of the rest of society. SALT supports fair and humane immigration reform, National Voter Rights legislation, universal health care, and sees sustaining the environmental integrity of the planet as a moral issue.

In the SALT logo the Greek tau (T) is combined with the Greek rho (P), and was used in the early church as an abbreviation for “the cross.” So for Christians has a deep meaning. The tau symbolizes the cross itself, and rho could function as a symbol, meaning “help.” The tau, or tav, is the end of the Hebrew alphabet and represents, completion, fulfillment, and infinity.

In the visions of Ezekiel, the Tau is the sign placed upon the foreheads of the poor of Israel, it saves them from extermination. The Staurogram, has many meanings, which include: a reminder of the Cross of Christ; our help is in the cross; Christians are concerned with being instruments of Christ’s love, peace, and help; and that ultimate fulfillment is in the Cross.

A Short Catechism of Liberation

Q: Who are the oppressed?

A: Those identifiable social groups who are used or manipulated by others for the sake of greed, self-gratification, power, or the need to control are the oppressed.

Q: Who are the oppressors?

A: Those leaders, groups, governments, or established authorities of any institution who use, manipulate, or control the well being of others, especially through the use of power or wealth, are the oppressors.

Q: What is the oppressed consciousness?

A: When their suffering becomes unbearable the oppressed may, as happens at times, rise up and overthrow the oppressor, but this is nearly always done in order that they might themselves become the oppressor. As Reinhold Niebuhr once observed, “The problem with revolutions is that they change who holds the power but not how power is held.”

A: The goal is not to overthrow the oppressors, but to liberate the whole world so that no one oppresses another.

Q: How is the world to be liberated?

Q: Does this mean that only Christians can bring about liberation?

A: No, of course not. Christians must, therefore, be willing to join with and work with men and women of wisdom and purity of heart whatever their distinctive spiritual practices, as long as those spiritual practices are bent toward compassion, nonviolence, and the good of all. The ordinary saints and satyagrahas of every faith, as well as humanists committed to the principle of gemeinschaftsgefuhl (community feeling) will have a natural affinity and appreciation for one another in this work.

Q: What are the liberating practices of the Christian community?

A: Those practices of prayer, meditation, contemplation, devotion and “charity,” which lead to an awareness of communion, of at-one-ment, with the Mystery we call God, and in which Christians experience Christ as our peace, are, for the Christian, the means by which human consciousness may be transformed and the despair of oppression rendered null.

Q: Are these individual or communal practices?

A: Spiritual reality, mystical reality, is inherently paradoxical. We are both many and one. Christians see themselves as individual members of one body; therefore, while spirituality is intensely personal it is never purely individualistic.

Q: How far does this unity extend?

A: Since “God is above all, through all, and in all” (Ephesians 4:6), Christians will seek the flowering of that unity in peace. Which itself has to do with what is complete and harmonious and results in respect for the dignity of every human being, reverence for all life, and a physically, economically, politically, culturally, emotionally, intellectually, environmentally, and “ecologically sustainable global civilization.”

Q: How are Christians and other spiritual persons to go about such work?

A: Love and non-violence must be a passion. Non-violence also calls for courage, for each votary “must be a messenger, a prophet, speaking truth and exposing lies.” But it is love that makes courage possible for one cannot be loving and afraid at the same time, and passion saves ahimsa from becoming a mere policy. “One with passion expresses it in every act” (Gandhi). The non-violence of the votary arises from having experienced the transcendent which brings peace and wisdom within. Violence is needed to protect what is external, love and non-violence protect one’s spirit, and make service to the anawim possible.

Q: Isn’t all this utopian?

A: Such a perspective assumes a disconnected duality of the “natural” and “spiritual” that is more illusory than real. It can only be good to do good everywhere and always — in life or death, on earth or in heaven. The worldly criteria of success measures nothing. However, even if we were to use the world’s criteria of success and failure, those of the Way, believe it better to fail at love, and compassion, and liberation than to succeed in unkindness, malice, or oppression. There is only one possible way out of violence and oppression, and that is love and non-violence. Should we not pursue that possibility even if at times it sounds utopian or impossible? If the peace makers come to be known as the children of God, and the pure of heart come to see God, then ultimately love cannot be defeated.

Almighty and merciful God,
Father of all, Creator and ruler of the universe,
Lord of all history, whose designs are without blemish,
whose compassion for the errors of humanity is inexhaustible,
in your will is our peace.
Mercifully hear this prayer which rises to you from the tumult
and desperation of a world in which you are forgotten,
in which your name is not invoked, your laws are derided
and your presence is ignored.
Because we do not know you, we have no peace.
From the heart of an eternal silence,
you have watched the rise of empires and
have seen the smoke of their downfall.
You have witnessed the impious fury of ten thousand fratricidal wars,
in which great powers have torn whole continents to shreds
in the name of peace and justice.
A day of ominous decision has now dawned on this free nation.
Save us then from our obsessions!
Open our eyes, dissipate our confusions,
teach us to understand ourselves and our adversary.
Let us never forget that sins against the law of love
are punishable by loss of faith,
and those without faith stop at no crime to achieve their ends!
Help us to be masters of the weapons that threaten to master us.
Help us to use our science for peace and plenty,
not for war and destruction.
Save us from the compulsion to follow our adversaries
in all that we most hate,
confirming them in their hatred and suspicion of us.
Resolve our inner contradictions,
which now grow beyond belief and beyond bearing.
They are at once a torment and a blessing:
for if you had not left us the light of conscience,
we would not have to endure them.
Teach us to wait and trust. Grant light,
grant strength and patience to all who work for peace.
But grant us above all to see that our ways
are not necessarily your ways,
that we cannot fully penetrate the mystery of your designs
and that the very storm of power now raging on this earth
reveals your hidden will and your inscrutable decision.
Grant us to see your face in the lightning of this cosmic storm,
O God of holiness, merciful to men.
Grant us to seek peace where it is truly found.
In your will, O God, is our peace. Amen.

Below are the mailing addresses and telephone numbers for U.S. Senators Diane Feinstein and Kamala Harrris. In addition to Congressional Representative Mike Levin (49th District), and Scott Peters (52nd District). Information on various topics is included on the events page to assist you in your letter writing. Remember to make your letters and calls concise, clear, and always courteous. If you prefer, you can send emails by going to the website of any senator, congressional representative or government official.